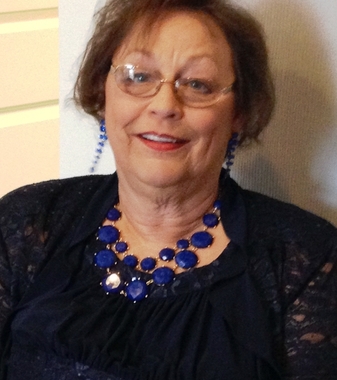 Back to Barbara Ann's story

Graveside services for Mrs. Barbara Ann Owen will be held Tuesday, April 23, 2016, at 2 p.m. at Bethsalem Cemetery in Boligee, AL. Rev. Charlie Long will be officiating. Stephens Funeral Home of DeKalb is in charge of arrangements. Mrs. Owen, 69, of Scooba, passed away Saturday, April 23, 2016. She was a homemaker who will be remembered as a loving and dedicated mother, grandmother, great-grandmother and wife to her husband of 51 years. Her grandchildren were her pride and joy, family and friends will remember her excellent cooking as well as a kind, loving, gentle woman who opened her home to many. Mrs. Owen was a member of Cross Mountain Church but enjoyed visiting other churches with family and friends. She was also an avid Alabama football fan. Survivors include her children, Elizabeth Owen Worley (Allen), Wanda Owen, and William E. Owen Jr.(Penny); grandchildren, Jennifer Davidson (Michael), Johnathon Worley (Tanya), Cortney Kitchens (Kenneth), Hunter Worley, Jake Owen, Tanner Owen, and Amanda Worley; and great-grandchild, Jessica Lynne Card. She is also survived by her brothers, Robert Moore, William Moore, Johnny Moore and Mark Moore. She was preceded in death by her parents, Ed and Josephine Moore; husband, William E. Owen; and sister, Lynn Moore. Pallbearers serving will be her brothers along with Harold Page and Michael Davidson. Honorary pallbearers will be Luke Moore, Eddie Moore, Donnie Moore, Tim Elliott, Dustin Elliott and Dillon Elliott. Visitation was Monday, from 6-8 p.m., at the funeral home.
Published on April 25, 2016
To plant a tree in memory of Barbara Ann Owen, please visit Tribute Store.

Plant a tree in memory
of Barbara Ann

A place to share condolences and memories.
The guestbook expires on July 24, 2016.