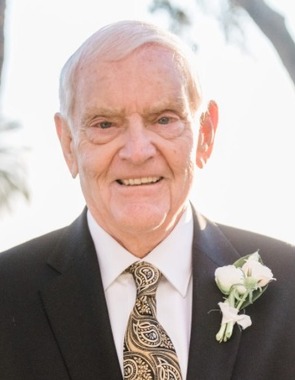 Back to Billy's story

Billy Earl Stubbs passed away in his home on Jan. 22, 2020, surrounded by his family. He was 91 years old.
"Mr. Billy," as he was affectionately known, was born Oct. 18, 1928. He was an outstanding football player in his youth before joining the U.S. Marine Corps, with whom he served two years during the Korean Conflict. While he was stationed in Virginia, he became a member of the Quantico, Va. Golf Team and eventually passed on his love of golf to his son and grandsons. While serving in Japan, he learned the Japanese language, and anyone who knew him received a firm handshake and heard the words "Doumo arigatou" (thank you very much). Billy's Marine Corps service helped mold him into the honorable man many in Meridian were lucky to know.
Billy and wife Helen met in high school and made their home in Jackson, Miss. while Billy began a career with Mississippi Power Company. In 1958, Billy and Helen, along with their son, Eric, moved to Meridian. As a team, Billy and Helen established Meridian's first garden center and landscape company, The Modern Garden Center. Billy continued to operate the business for more than 60 years while continuing his passion for land development, property management, and several small businesses. He also taught many horticulture classes at Meridian Community College. He will be remembered for his stump grinding services, complimentary dog burials, grand-dad towing services, and volunteering to babysit his grandchildren, which always included lawnmower rides around the yard. Heavy equipment may have been his trade, but a firm handshake was his trademark.
Billy was very active in the community, where he served as a board member for many businesses, civic, and church organizations. He was an active supporter of The Boys Scouts of America, The Meridian Little Theatre, Meridian Community College, and Lauderdale County Mental Health. He also assisted in the design and creation of the Briarwood Country Club golf course, and the development of two large residential neighborhoods in Meridian.
Above all, Billy was a devoted husband, father, grandfather, and father-in-law. He was also a father-figure to numerous young adults in and around Lauderdale County and will always be remembered for lending a helping-hand to those in need. He was a life-long member of Highland Baptist Church, where he was a Life Merit Deacon and worked with the Sunday night youth groups for over 25 years. Billy and Helen sang in the church choir and were instrumental in the creation, construction, and decoration of the Highland Baptist Living Christmas Tree for 40 years. Billy was a man of great faith, and he served his Lord devotedly, living his life according to two maxims: The Golden Rule, "So in everything, do to others what you would have them do to you" (Matthew 7:12), and the Marine Corps motto, "Semper Fidelis," which is Latin for "always faithful." Billy was faithful to his Lord, his family, and his friends and neighbors.
Billy was preceded in death by his parents, Mr. and Mrs. J.S. Stubbs, an infant son born in 1959, and his brother, James Stubbs.
Survivors include his devoted and loving wife of 70 years, Helen (Temple) Roberts Stubbs; son Eric Stubbs (Becky); grandsons Eric Stubbs II (Laine) and Patrick Stubbs (Alex); great-grandson Weston Eric Stubbs and soon to arrive, Luke Patrick Stubbs; nieces Juleigh Greer, Pat Brister (Bill), and Lynn Breithrupt (Ray); nephews Jimmy Stubbs (Jessie), Darrell Greer, and David Bradshaw; and several great nieces and nephews.
Pallbearers will be Barry Gough, Quinn Carlisle, Gordon Collum, Frank Coleman, John Wilson, Donnie Mathis, Donnie Smith, and Dr. Dan Fulton.
Honorary pallbearers will be The Dr. Willie Greer Sunday School Class, Dr. Joel Callahan, Langford Knight, and Rev. Bill Wilkinson.
The family would like to thank the many doctors and nurses that cared for Billy, Sta-Home Hospice and staff, and the loving sitters that cared for him in his home: Tammy and Shuntae Weston, Lillie Brunson, and Latoya Carter.
The Stubbs family will accept visitors on Friday, Jan. 24, at Robert Barham Family Funeral Home between 5-7 p.m. A second visitation will be on Saturday at 9:30 a.m. at Highland Baptist Church, with a Memorial Service to follow at 11 a.m. A graveside service will be at Forest Lawn Memory Gardens immediately following the service.
In lieu of flowers, the family ask that memorials be given to The Highland Baptist Restoration Fund / 3400 27th Street / Meridian, MS 39305.
Published on January 23, 2020
To send flowers to the family of Billy Earl Stubbs, please visit Tribute Store.

Send flowers
in memory of Billy

A place to share condolences and memories.
The guestbook expires on April 22, 2020.

William michael melton
To all the stubbs family in their loss. Mr. Stubbs was always kind to my family and I. We would always stop and talk we we ran into each other. He will be missed,especially his caring and kind nature. He was a class A man that worked hard and loved life. A man of great faith and encourager.
Rosy Jones
I always enjoyed talking to Mr. Stubbs.
He was such a nice and gracious man.
Rest In Peace...
View all