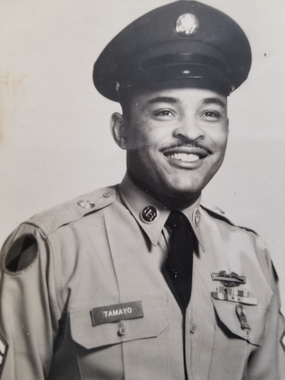 Back to Joe's story

A military brat by birth, Joe Tamayo was born at Naval Air Station in Meridian, Miss. Sept. 26, 1928, to Simon Sanchez Tamayo and Viola Jones Harris.
As tensions began to rise on the Korean Peninsula, the United States took steps to build up its ground forces by drafting young men into the Army. Joe was drafted into the Army and was sent to Korea. He served five tours in Korea and earned the Purple Heart for wounds received in combat during the battle for Port Chop Hill. After leaving Korea, he served two tours of duty in Germany and a tour of duty in Vietnam. He returned to the United States and was assigned to Fort Dix, New Jersey and served as a Drill Sgt. After 22 years of honorable service to his country, he retired from active duty in 1973. Not one to rest on his laurels of service to others, he sought a way to provide service to young people in the local community.
Joe focused his energy on troubled youth and took a position at New Jersey Children's Home in Mt. Holly. His military background served him well as he worked to instill self-respect, discipline, a sense of pride and self-worth in his students. His 30 years of faithful and devoted service earned him recognition and a building "The Tamayo Cottage," was named in his honor. Retiring from the Children's Home in 2013, Joe refused to slow down. Joe was a member of several veteran service organizations including the Veterans of Foreign Wars, Purple Heart Association, American Legion, North Jersey (Triple Nickle, 555), Disabled American Veterans, Vietnam Veterans of America, Fort Dix Retire Council and the 24th Infantry Regimental Combat Team Association (Buffalo Soldiers).
Family meant the world to him and he was the rock of the family. He had three daughter's Jo-Ellen (Jo-Jo), Debra and Jeanetta (Bunnie). Jo-Ellen and Jeanetta proceeded him in death. He has two grandchildren, Shaun Jamar and Minnie Mylina and four great-grandchildren. He is preceded by his sister Daisy M. Robertson, Chicago, Illinois, and Albert Lee Tamayo, Meridian, Miss. and many family members.
Major Awards and Decorations: Bronze Star with "V" For Valor, Purple Heart, United Nations Service Medal, Korean Service Medal, Vietnam Service Medal, Combat Infantry Badge (2nd award), Armed Forces Expeditionary Service Medal, and National Defense Service Medal.
Education: Penco Tech Certificate, Burlington County College Associate Degree, and the military education.
Published on February 24, 2020
To plant a tree in memory of Joe Tamayo, please visit Tribute Store.

Plant a tree in memory
of Joe

A place to share condolences and memories.
The guestbook expires on May 24, 2020.

Prudie but Cici to Pop-pop
A rock a solid foundation of love and support providing information and education to all. Thank you for it, the wisdom will last me a lifetime. You are and will always be so dearly missed. The father I thought I would never have came later in my life through you. Thank you Pops, me and the kids will keep you close.
Karen M. Dalton-Williams
Mr. Tamayo was a true gentleman, and a dedicated soldier. May his soul be at peace. Prayers are up for his family members.
Tiffany

I Love you Pop-Pop! I’m going to miss you so much and I hope that you enjoyed the time we spent through out the years. I’ll never forget you. 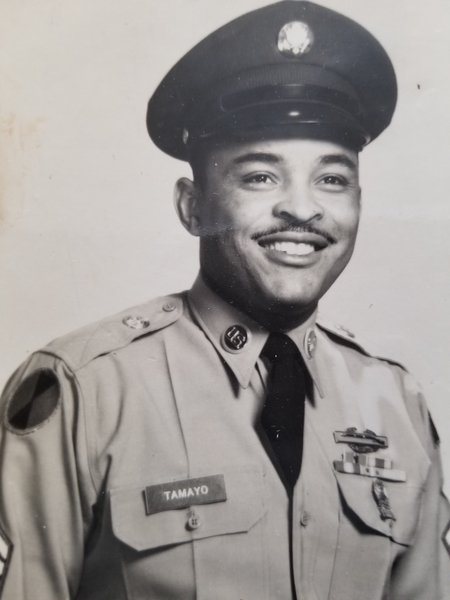